ALERT: Most Commerce City facilities have reopened with restrictions, including modified hours. Most in-person services are available by appointment only. Visit c3gov.com/covid-19 for updates. Commerce City remains under the Safer at Home public health order.

The historic Derby Downtown District is an important part of Commerce City’s identity – both past and future. Longtime residents recall its heyday as a bustling activity center during the 1950s and 1960s, while current residents and business owners see its vast potential to once again become an important community hub. Revitalizing the district, re-establishing it as a destination and enhancing its visibility are just some of the goals of the Derby Master Plan as envisioned by the Commerce City Urban Renewal Authority. 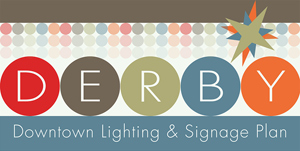 In 2018, the city approved a plan to upgrade both street lighting and signage elements in the Derby Downtown District. Improved lighting will make the district safer and more welcoming, wayfinding signage will help direct visitors to destinations in Derby, and both will contribute to the area’s unique identity within Commerce City. The city is currently exploring various funding opportunities in order to implement recommendations in the plan, which will likely take place in phases as funding becomes available.

Since 2005, the city has implemented several programs to support redevelopment in Derby in order to strengthen the business community with new shops, restaurants and other services while also supporting the growth of existing businesses. A combination of grant funding and private investment has contributed to these efforts.

To help maintain the uniqueness of Derby, the district follows special design standards for architecture, landscaping and other factors affecting public areas. These are intended to capture the spirit of 1950s-era architecture (such as the Save-A-Lot grocery store at Monaco Street and E. 73rd Avenue) while also including other complimentary styles.

To ensure these guidelines are met, changes to buildings and properties within the district must be approved by the Derby Review Board.

The Derby Review Board oversees this program offering funding to help Derby business owners improve building facades (i.e. painting, windows, awning, lighting), signage and landscaping on their property. To date, the city has contributed around $250,000 to local businesses for such improvements.

Commercial Catalyst Program Request Form
Note: Applicants must also submit the Design review/redevelopment application. All program applications must follow Derby design standards and are subject to approval by the Derby Review Board.

One of the original railroad towns on the Front Range, Derby combined with Irondale and Adams City in 1952 to form what is now Commerce City. Remembered as “Big D” by many locals, the area has long been considered the city’s downtown and is still often referred to as the heart and soul of Commerce City.

Most of the original buildings remaining in Derby were built between the 1950s and 1970s and are representative of the prevalent architectural themes of the time. A number of buildings in the district’s core, around E. 72nd Place and Monaco Street, are distinctive examples of their 1950s construction. The term “googie” has been adopted to refer to the style of architecture, art and signage typical to this period.

Recent capital improvements in the district include: